What is EXCOMMUNICATION?
What are the grounds for it?
Are we not condemning people when we excommunicate them?
Ignatius, Accra

Excommunication is one of the canonical penalties or sanctions in the Catholic Church which excludes the offender from full communion of the faithful and bars him or her from various aspects of the Church’s public life. Other canonical penalties include Interdict and Suspension.
Whereas Suspension applies to clerics only, excommunication and interdict applies to all)

Excommunication (Canon 1331): this is the most severe form of ecclesiastical penalty and is used only as an absolute last resort. Excommunicants remain Catholic because of baptism and still obligated to attend Mass, but they are deprived of all sacraments. For example, you can go to Mass but not receive the Holy Eucharist. The excommunicated are forbidden from employment or holding any position of authority in a diocese or parish. They cannot also play any ministerial or official role in the Church’s worship.
They are also deprived of a Catholic burial.

Simply put, you are no longer in full communion with the Church.

Basically, the grounds for excommunication is this: You have committed a grave offense that caused you to be spiritually separated from the Church and the community of the faithful. You have left the Church on your own accord by committing the offense. (But remember, excommunication offers a way to go back!)

The following offenses warrant excommunication as a result of a judgment from a church authority:

1. Pretended celebration of the Holy Eucharist (Mass) or conferral of sacramental absolution by one not a priest.

2. Violation of confessional seal by interpreter and others

Some excommunications, however, are automatic (effective at the moment the act is committed) and without the intervention of the Church. Some of these offenses include:

~Procuring of abortion (Automatic excommunication for abortion (Can 1398) applies not only to the woman who has the abortion, but to “all those who commit this crime with knowledge of the penalty attached, and [this] includes those accomplices without whose help the crime would not have been committed” (Evangelium Vitae 62).

In applying these sanctions we should note that, “An ordinary is to take care to initiate a judicial or administrative process to impose or declare penalties only after he has ascertained that fraternal correction or rebuke or other means of pastoral solicitude cannot sufficiently repair the scandal, restore justice, reform the offender.” (Canon 1341). This is to stress the fact that penalties in the Church are usually administered as a last resort after efforts to bring the erring person to order is willfully declined.

No one is automatically excommunicated for any offense if, without any fault of his own, he was unaware that he was violating a law (Can 1323:2) or that a penalty was attached to the law (Can 1324:1:9). The same applies if one was a minor, had the imperfect use of reason, was forced through grave or relatively grave fear, was forced through serious inconvenience, or in certain other circumstances (Can 1324).

Who can remove Excommunication?

The local bishop has the authority to remove most excommunications, but many bishops delegate this power to all their priests when it involves a penitent confessing the mortal sin of abortion. This way, the person going to confession can simultaneously have the sin absolved and the excommunication lifted. This is to make it easier for people to go to confession and reconcile themselves with God and the Church, especially after a very emotional, personal, and serious matter, such as abortion.

It is worthy of note that, it is not the joy of the Church to impose sanctions or penalties on her members. She does not move around seeking people to punish.
The ultimate purpose of these sanctions is the good of the offender and his or her salvation. The Church is like a loving mother who punishes with the left arm and draws back with the right arm.

(You may whatsapp your questions and contributions for further clarifications) 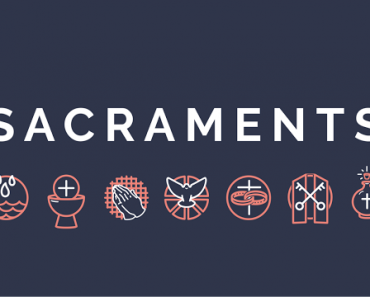 Kindly check them out today.