Another promising week has begun and we have another opportunity to get back to our roots. I believe these series have gone a long way to remind us of all that we knew or might have slightly forgotten, and helped us to gain some new insights as well. Last week, we discussed the biblical basis of the Sacramentals in general, looking at how God himself used material things or objects (Sacramentals) to effect special graces in the lives of certain individuals like Naaman, who was healed of leprosy after bathing in the Jordan (2Kgs. 5:10) and the woman with haemorrhage who was healed by touching the cloak of Jesus. (Mark 9:20)

In the course of last week, I had the opportunity to explain to some people, who made follow-ups, the biblical basis of some Sacramentals and why we use them as Catholics:
1. The Rosary
2. The religious use of Statues and Images of the Saints and Mary
3. Holy Water
(You may make a request for them if you are yet to read them, and be enlightened)

Today we shall look at one more Sacramental which many, even Catholics are ignorant of.

ALL YOU NEED TO KNOW ABOUT SCAPULARS (I)

In contemporary usage, a scapular (from the Latin for “shoulder blade” refers to a sacramental object made of two small panels of woven wool (the required material), each roughly two inches by three inches, and connected by a loop of string. The scapular is worn with one panel resting over the breast and the other in approximately the same position on the back.

Where did this sacramental come from? How is it to be worn? And what about those promises? What exactly does a scapular do for its wearer?
Origins

The first scapulars were actually work clothes, worn by monks and later refined into a Religious habit. St. Benedict adopted a simple apron of the sort worn by farmers and laborers; he initially used the garment for work, thus calling it “scapulare propter opera” (a covering “on account of work”). It later developed into the Benedictine habit we know today. Similar garments came to be used in other Religious communities.

Eventually, members of Third Orders (groups of laypeople formally aligned with Religious through prayer and specific promises) and confraternities (Church-approved lay associations, guided by Church authority) were accorded the honor of burial in the scapular of their “adopted” Order. Generous financial and spiritual benefactors of Religious Orders also received the privilege.

Over time, the practice shifted to what we see today: A small woolen scapular is available to anyone who wishes to wear it.

I shall break protocol this week by finishing our study on the scapular on Wednesday so that we can begin to take the 7 Sacraments one after the other and discuss them in detail from next Monday.

(You may whatsapp your questions and contributions for further clarifications) 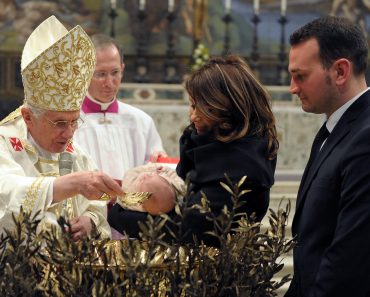 Let’s talk about the Rosary